Language: EN
VAT is turned on
Wenaas Workwear AS

A dummy fitted with 150 heat sensors was dressed in new Wenaas Offshore products and standard cotton underwear, and then exposed to a firestorm lasting four seconds. A corresponding dummy was then dressed in new Wenaas Offshore products and Devold® Spirit flame-retardant underwear, and similarly exposed to a 4-second firestorm. During exposure to the flames, the heat sensors measured how much heat penetrated beneath the “skin”, to record second- or third-degree burns. A total figure was then calculated to indicate how much of the body had been burned.

In addition to actual burns, it is common for people to experience scald injuries on account of moisture. If the body’s own moisture is allowed to remain in contact with the skin, it can actually become so hot that it starts to boil. That is why it is so important to use flame-retardant underwear with excellent moisture-transporting properties.

Extent of burns reduced by 29% 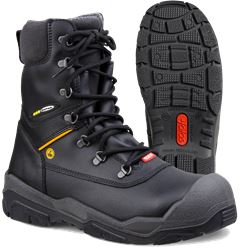 Thanks to the new research, we now supply workwear that doubles the time you can work outdoors in the most northerly reaches.

Ever since the start of the boom in the Norwegian oil and gas sector, Wenaas has been helping protect workers on the Norwegian continental shelf, with clothing and protective equipment designed for the tasks they perform.

The project has resulted in a collection that halves the volume of clothing necessary while doubling the time people can continue working in extreme weather conditions, without compromising on comfort or safety.

We are experts in workwear and equipment designed to provide protection in hazardous work situations, and have actually set the bar for flame-retardant work clothes.