A dummy fitted with 150 heat sensors was dressed in new Wenaas Offshore products and standard cotton underwear, and then exposed to a firestorm lasting four seconds. A corresponding dummy was then dressed in new Wenaas Offshore products and Devold® Spirit flame-retardant underwear, and similarly exposed to a 4-second firestorm. During exposure to the flames, the heat sensors measured how much heat penetrated beneath the “skin”, to record second- or third-degree burns. A total figure was then calculated to indicate how much of the body had been burned.

In addition to actual burns, it is common for people to experience scald injuries on account of moisture. If the body’s own moisture is allowed to remain in contact with the skin, it can actually become so hot that it starts to boil. That is why it is so important to use flame-retardant underwear with excellent moisture-transporting properties.

Extent of burns reduced by 29% 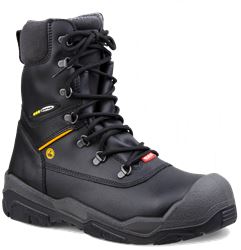 3-layer clothing with flame-retardant properties from the outer to the inner layer increases safety and flame, arc flash protection and comfort levels all year round.

What is arc flash?

Protection is essential for everyone who works with electrical installations, performs maintenance of equipment in systems not secured against arc flash, and works with high-voltage equipment.